Nowadays Budapest is really lively, regarding to the hamburgers, although we have to say it is always lively. In the last weeks several new burger places had their grand openings. According to Adam, there is one, which could easily be on our top list: for this we must have the same opinion so soon I am going to check the Finomító Kantin, and if we agree, the list will be refreshed.

The Jack’s Burger  isn’t amongst the best few places of Budapest, but it is absolutely good and it has a huge advantage: the place is located in the middle of the city on the Hercegprímás utca, which always gets in your way, even if you are heading to another direction. So somehow you always get there.

The newest chain of the restaurant chain is quite interesting, because the Jack’s Burger isn’t really a restaurant chain, it just looks like it. There is no western standard format it isn’t an unknown restaurant in Hungary, but with thousands of restaurants in the States. Jack's Burger is located only on the Hercegprímás utca and if we take a closer look at the date on the logo we can see that it was established in 2013. They are quite confident because it only gets cool from 2063.

So it isn’t a multi, it isn’t old, it isn’t even a chain, but the girl behind the counter was keenly talking about the possible openings of other restaurants in case of success. Now to be true, their enthusiasm is a little bit gratuitous: 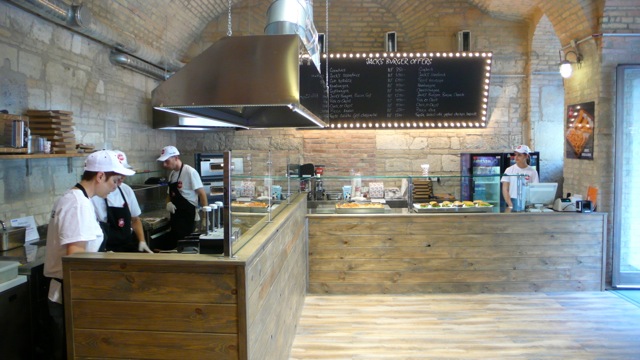 We have been there in the beginning of May. The city was full of people, you hardly could have free tables and seats in the restaurants and pubs, but the Jack’s Burger was almost totally empty. Soon we will see, that it happened without any reason.

The food isn’t expensive. You can have sandwiches, chicken parts on a reasonable price though we haven't tried them, but we had hamburgers with fried potatoes for 1200-1400. 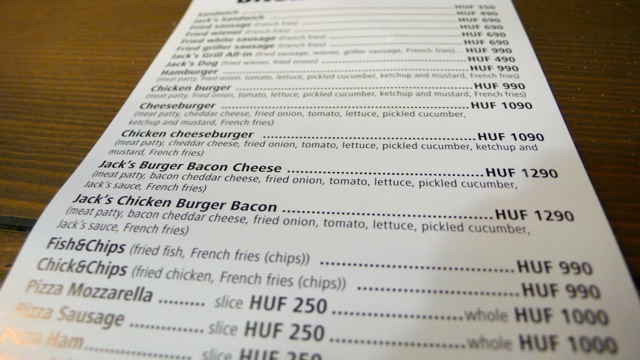 Actually we tried the specialty of the house, the Jack’s Burger Bacon Cheese with the own sauce of the house. The food is made right in front of you and you can see that the meat is quite thin, the potatoes are frozen and after a while you realize that you can only sit on the floor, because there are no chairs. It is said that they are going to have, if they get the permit for the terrace. 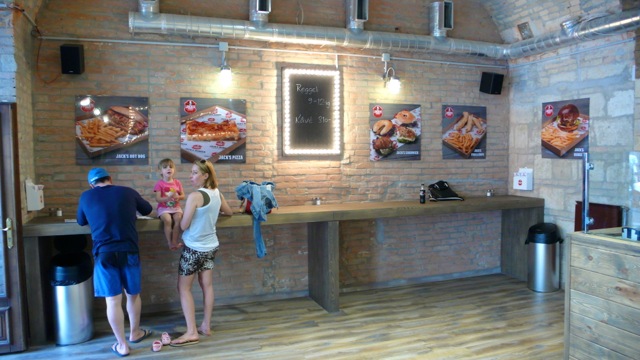 The burger is quickly done, so let’s concentrate on the food and the tray, which is really cool and practical.  You can simply walk to the nearest bench with it, where you can easily enjoy your meal.

As I have mentioned earlier the potatoes are frozen potatoes, but they are fried pretty well in a kind of spicy oil or in the oil something was fried in before. Anyway it is edible. The mayonnaise is the usual industrial one, what you can also get at the Burger King.

What is more important than that is that this is the only place in the world where the food looks exactly the same that is sold to you. 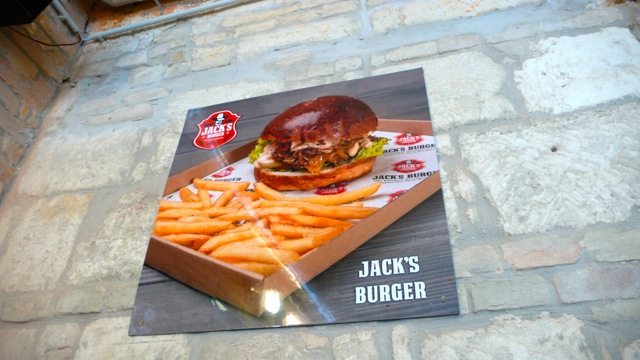 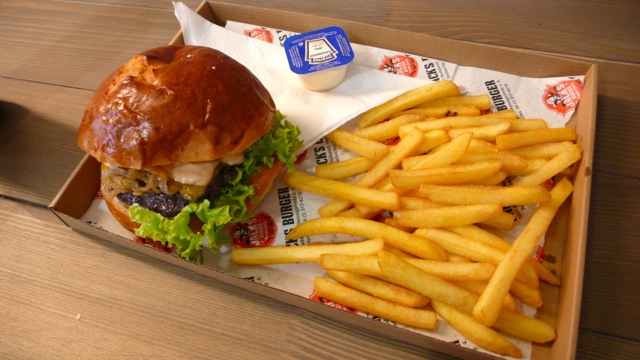 Michael Douglas’ ’Falling Down’ would get a nervous breakdown here.

The bun is the usual, sweet one. It is tasty and it is absolutely ok, if you accept the existence of this type of bun, you won't have any problems with it. 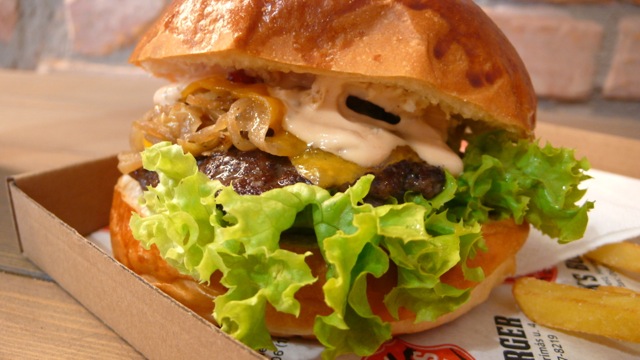 The vegetables aren’t bad, although the tomato wasn’t that good. The salad is fresh and the cucumber is ok. The bacon was absolutely right and well done, even the quantity and the thickness was good. However the meat is thin, although juicy and tastes good, but it cannot be on our top list, although three years ago it would have been there. The onion was pretty well caramelized, and the special homemade sauce made the food to be really good. It was almost a cocktail sauce, but it was definitely good for the hamburger. This made the Jack’s Burger’s whole main course good. 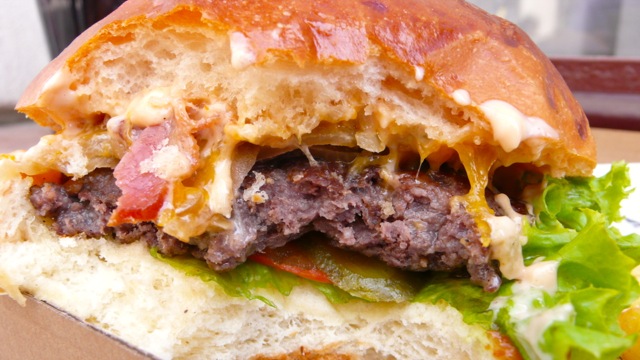 So: if we compare the Jack’s Burger to the Ring or Manga, or to the Varieté, it is obvious that the Jack's Burger is a little bit behind them. But it is way better than the similar fast food restaurants, while it isn’t more expensive than them. This new place is in the top of the middle category, so if you are there, go and visit them. Anyway there isn’t any other good burger place around. Maybe after a while they will also have chairs and tables and after that the world domination!