This place is owned by Roy Zsiday, who already has three restaurants in Budapest – 21, Pest-Buda and Pierrot. He’s also the guy who opened Spíler last September in Gozsdu Court. At the time I was just joking when I ended the article by saying I think that after taking Buda house by house, Roy will conquer Pest too. But hey, who was right again? This is the second place in Pest. By the way, now that we’re talking about delusions of grandeur, Roy’s next project will be another restaurant up in the Castle. I guess three places aren’t enough for him. He won’t be satisfied till he owns the last little fried-dough place in town.

But let’s get back to ÉS. Just look at the pictures. This place has the same decor as Spíler, and it’s also at the golden ratio of international trends and Hungarian motifs (this doesn’t really make sense). The animals painted on the tiles are nice, as are the furniture and the colors. The place looks great not only in Csaba Fender’s pictures but in real life too: 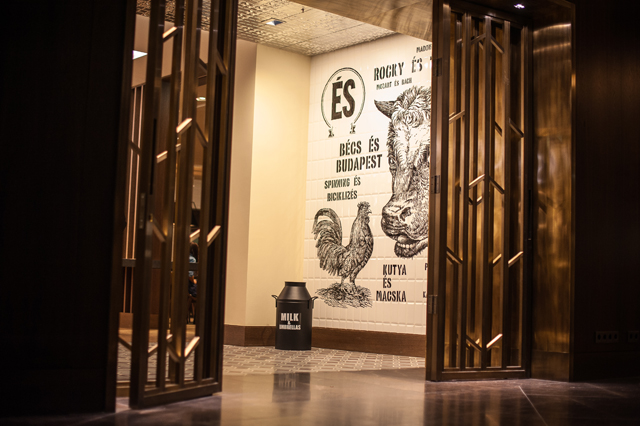 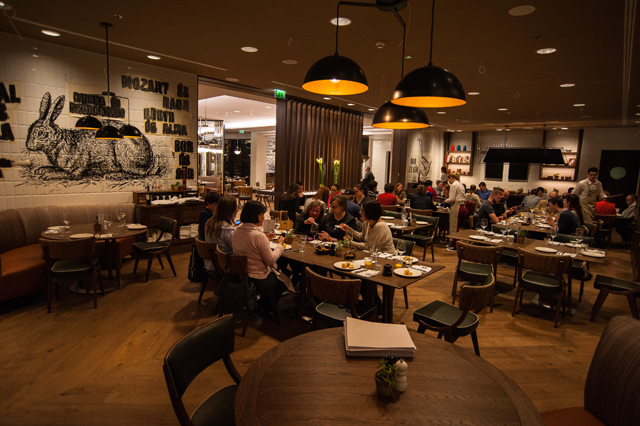 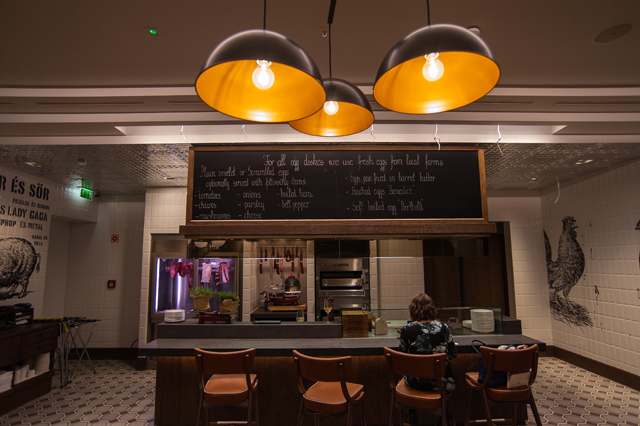 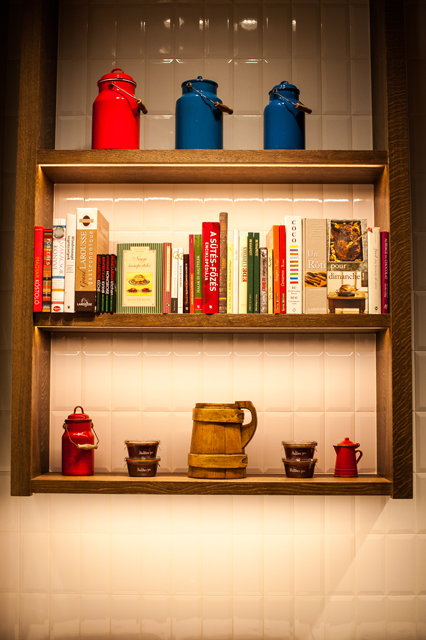 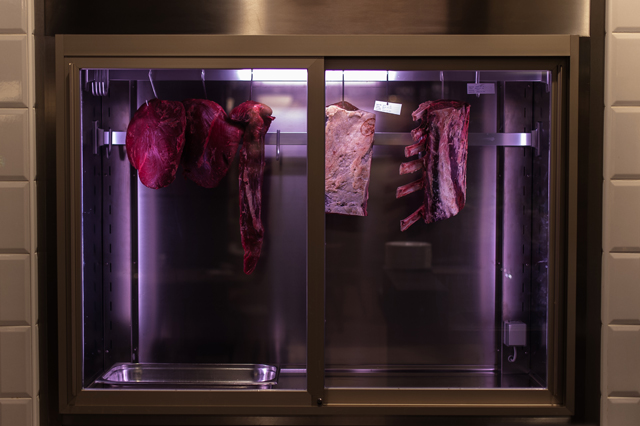 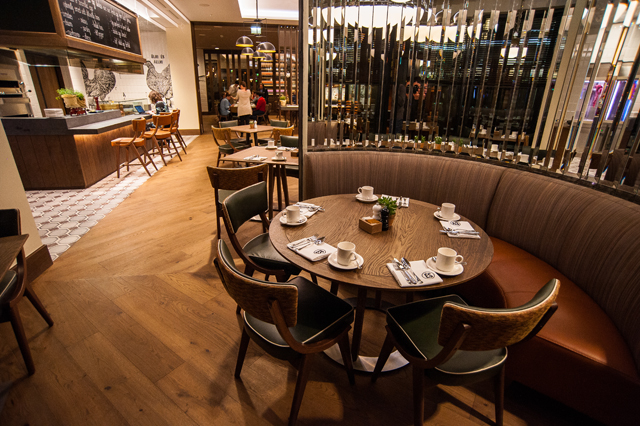 Roy also told us that he wants to make ÉS not just a restaurant but also a place people like to spend time in. There is WiFi, so you can do your work there, and Roy promised they would never ask anybody to leave just because they’re not eating and drinking all the time. And you won’t have to be in a hurry at ÉS.

But even though it’s not compulsory, you can still eat. I was lucky because as a member of the party organized for the Blog.hu bloggers, there was a non-stop flow of food to the table, and I didn’t have to worry about the cost. But the prices really aren’t so high, considering that ÉS is located in the very heart of the city center on the ground floor of the Kempinski Hotel and Chef Zsolt Litauszki makes each dish with the same care as in Roy’s other restaurants. 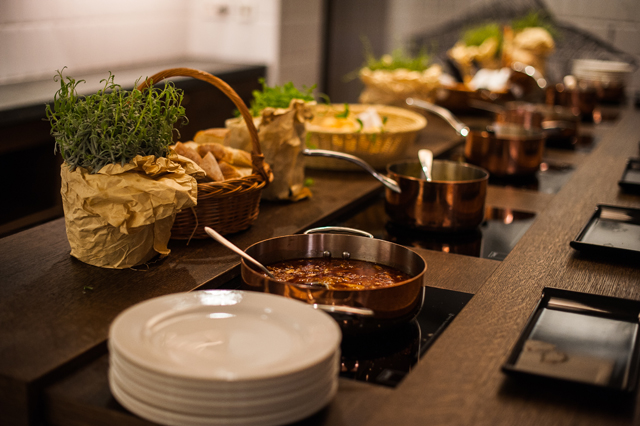 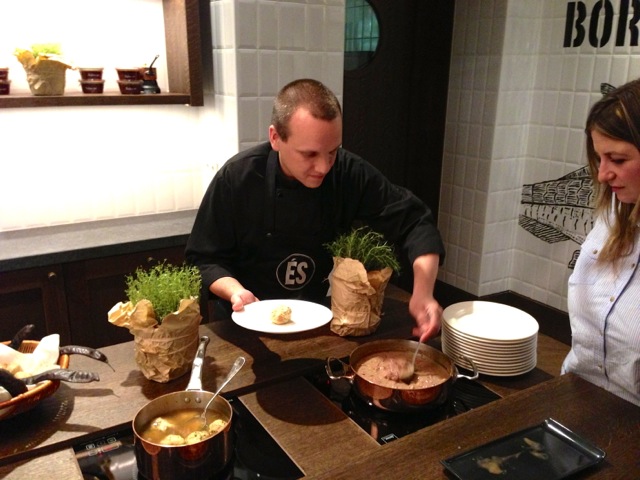 Basically, all we got were noshes and tidbits, but all sorts of them. It’s good to know that the starters shown in the following pictures cost about HUF 1400-1500. The breaded cheese was far better than what you can get at most places. Although I wasn’t knocked out by it, I did like the ajvar that came with it. 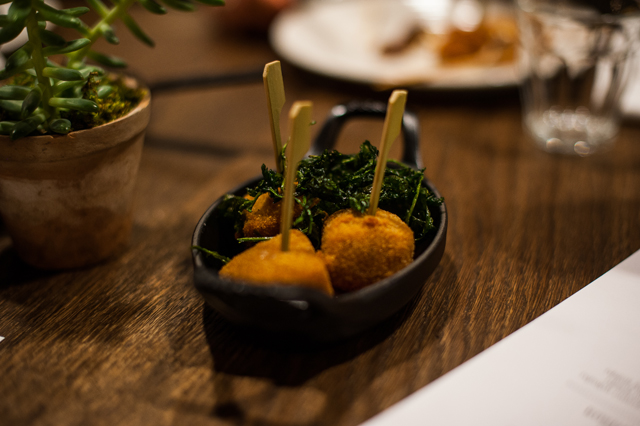 Nor did the breaded pike-perch or the crispy lean bacon on a skewer bring out my inner foodie screaming for joy, but the chicken wings with sour cream sauce were a laudable, great dish (the dynamic slump in quality in the pictures is due to the fact that I took them): 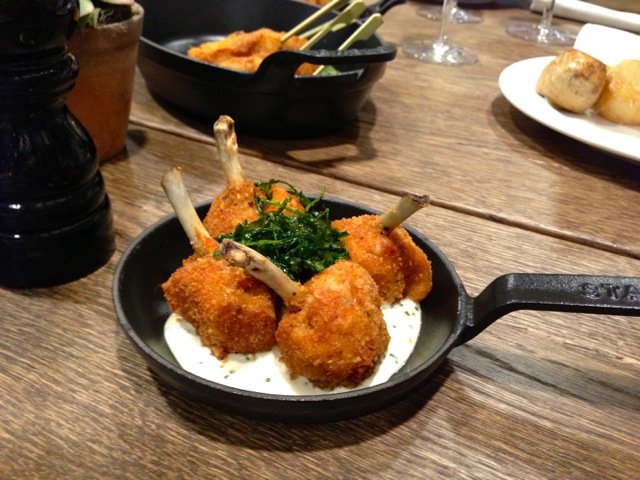 And then came the tougher competitors (which are more expensive, costing around HUF 3000). I made great friends with the lung stew: 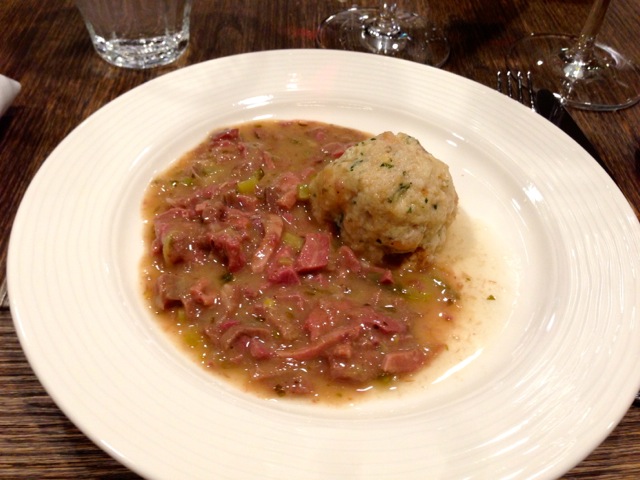 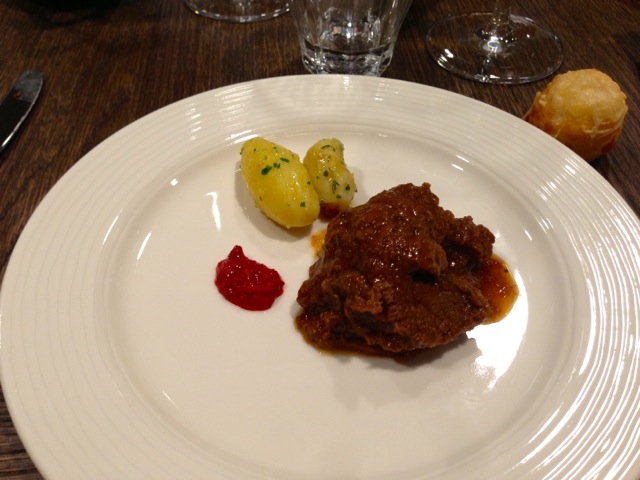 The third main course, the offspring of a sickly marriage between pig trotter stew and tripe, was so wonderfully heavy that I just couldn’t eat it after the previous six dishes: 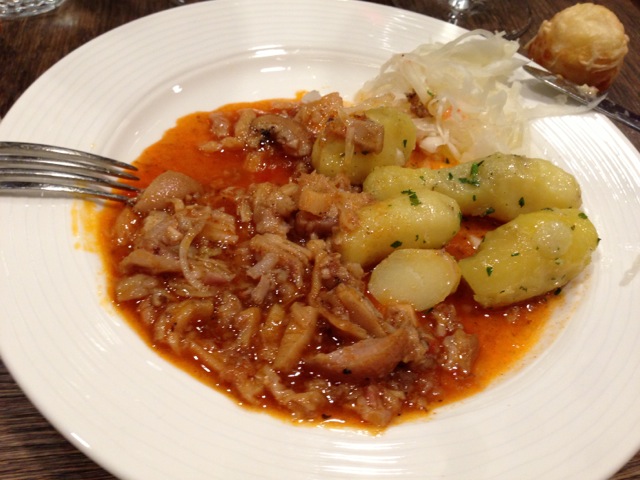 The dry aged sirloin was wonderful of course, but the meat came from Vienna (there are still problems with basic ingredients in this country): 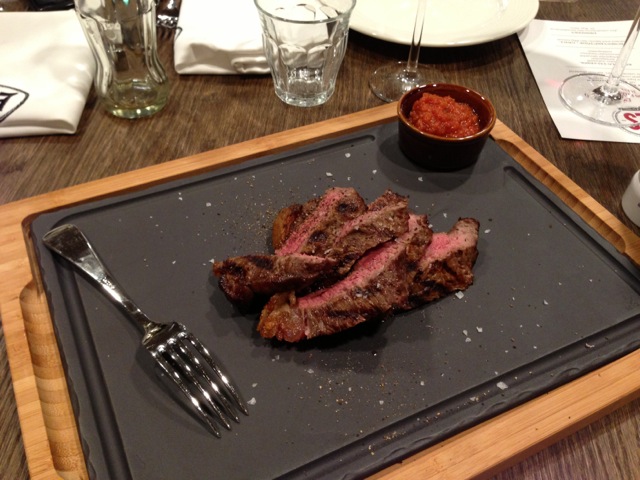 And then there was freshly made Kaiserschmarrn with home-made apricot jam at the end of the project, and I can eat this any time: 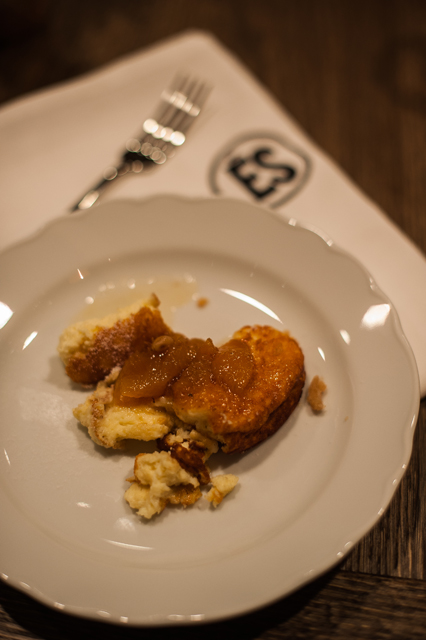 You can see there is nothing pretentious about any of this. It is typical Hungarian cuisine reinterpreted just the way it should be to meet high-quality culinary standards. And if the Kempinski’s international guests learn about Hungarian cuisine through ÉS, they are on the right track to falling in love with it.

BTW, the waitresses are super, and most of them are pretty hot too.