In recent decades, Tivadar Kosztka Csontváry has become a true national hero. After all, he has all the necessary attributes: he was only celebrated after his time, his canon of work is not only spectacular, but also unique, and his contemporaries in Hungarian society treated him as all future national heroes were: he was mocked and humiliated.

We need only mention Ignaz Semmelweis, the savior of mothers, right? A national hero, who died in a mental health institute following a beating from the guards.

Csontváry was ridiculed for decades, for being a vegetarian, a teetotaler, and for refusing to smoke, to which the Pesti Hírlap newspaper opined at the time “as spoiled people of culture, we can only smile”. At the time, abstinence was considered deviant behavior in Hungary. It’s quite clear that we’ve always been a few decades behind the main trends of healthy behavior, and this is something we continue to keep up. Csontváry summed up the situation at the time with the following observation, which is why he was an object of scorn during his lifetime: “cliques of varying sizes take up all the spaces and will not allow someone outside their circle to enter.”

The painter, after being derided for decades, ended up starving to death after the Soviet Republic took everything away from him.

Yes, he starved to death.

To give us an idea of how his life’s work was rated at the time, his heirs attempted to sell the paintings to delivery men as they were painted on high-quality canvas. Were it not for Gedeon Gerlóczy, who recognized Csontváry’s genius and bought them all up, there would be no paintings surviving to this day.

Today, a Csontváry is worth hundreds of millions of forints.

Of course, this is a fairly typical story when it comes to painters, and you must keep in mind that the guy was becoming increasingly imbalanced in the head even as he became a better painter. During his lifetime, he openly declared that he was the greatest painter ever, and although this is a contest that makes little sense, his own unique style somewhere between realism, symbolism, expressionism and post-impressionism resulted in works that are truly amazing. 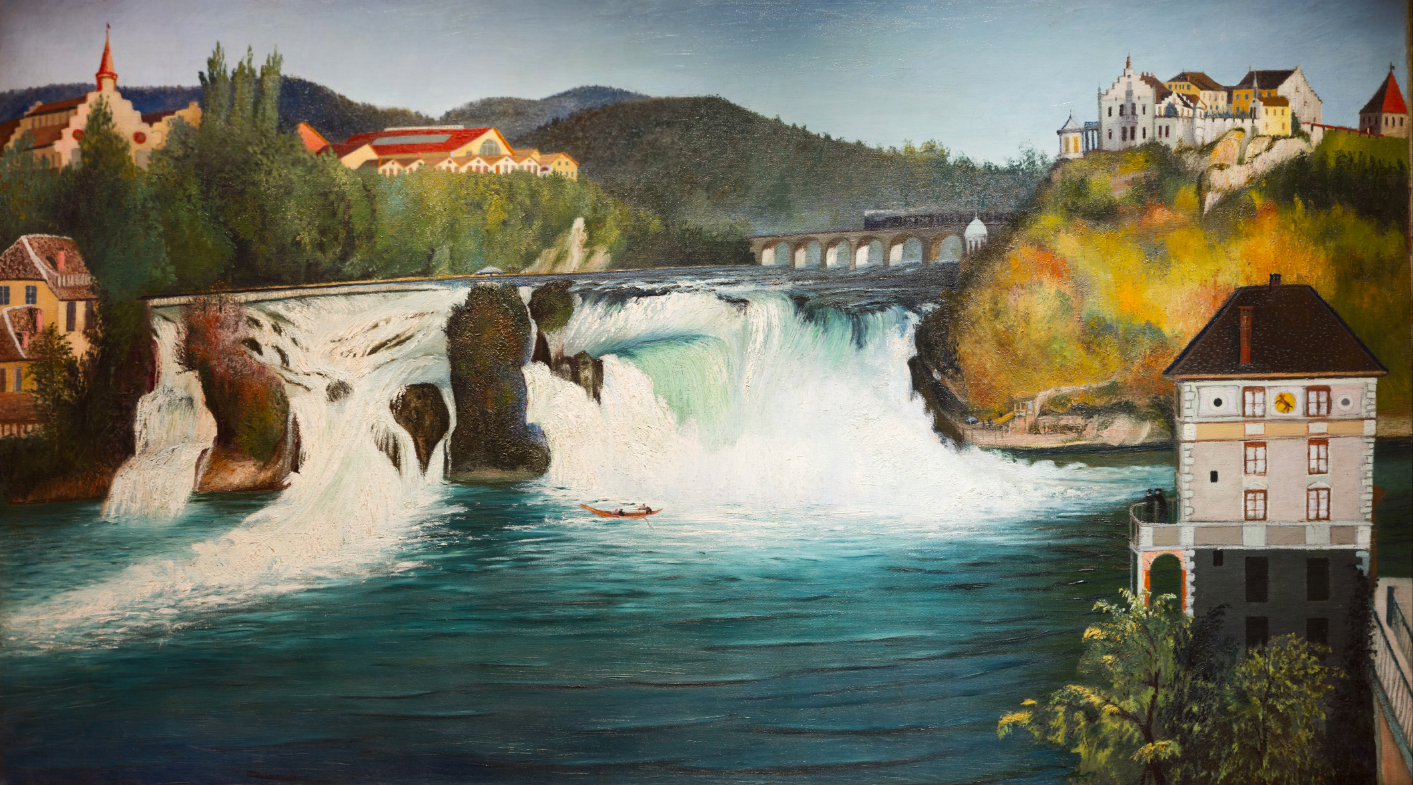 And now, after 52 years, his works are finally being exhibited together in the Army High Command’s former building in the Castle District. We can take in his most important paintings, we can consider that Hungary had a painter with talent equal to Cézanne and Van Gogh, who we nonetheless still don’t know well enough ourselves, even though highly regarded painters have praised his works for some time now.

Csontváry’s works were exhibited in Paris in 1948. Picasso spent an hour outside the exhibition’s regular opening hours viewing them, and after emerging, declared “I did not realize there was another great painter in this century aside from myself.”

Csontváry probably would have taken issue with Picasso’s proclamation, arguing that he was a more significant painter even than Raphael. 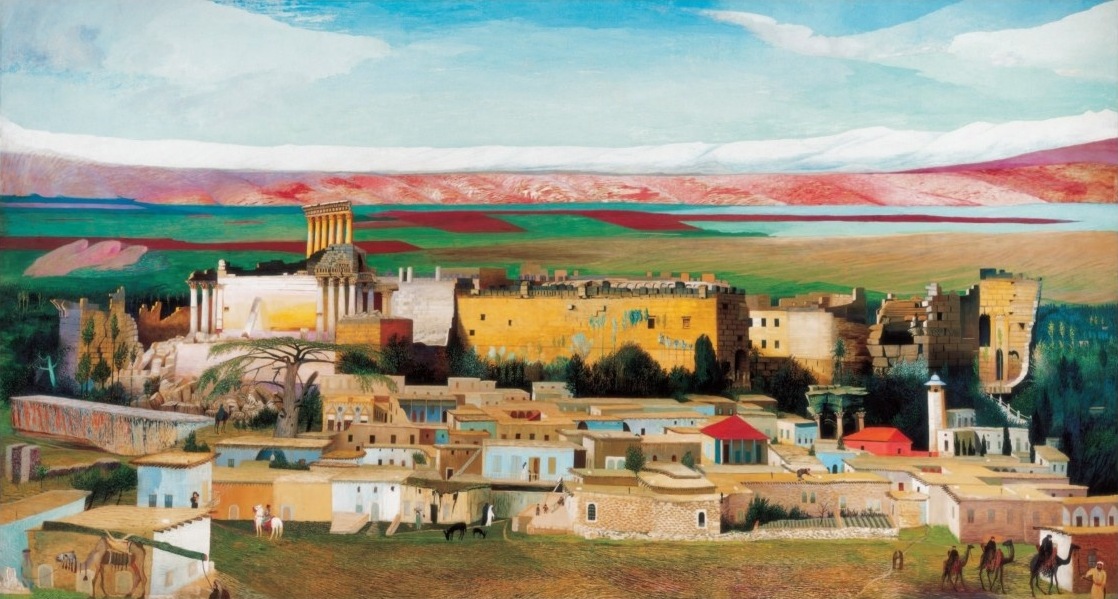 But to return to the exhibition: the location is fantastic, and they really couldn’t have found a better place to exhibit the paintings, which range in size from the palm of your hand to 30 square meters. The organization is flawless, and you can traverse the paintings and Csontváry’s life as you go from one work to the next. The descriptions are short and to the point, the lighting is perfect, and you never find yourself in a position where some corner of a painting is difficult to see. A special touch is an actor who portrays Csontváry on a screen, although in some places the audio isn’t the greatest and it’s difficult to follow. An additional bonus is the opportunity at the end to learn more about Csontváry’s life through computer screens, which use a Facebook-like interface in place of boring descriptions to inform the viewer about Csontváry’s life. It’s spot on.

And the paintings themselves: Csontváry is quite divisive, so you will either love him or hate him. Either way, the paintings are absolutely unique and brought as much to painting as the impressionists did. And if you are even slightly drawn to colors, it’s guaranteed that you’ll love the way the paintings sparkle with various shades and tints, but in a way that no one else has done before or since.

While viewing his work “At the Entrance of the Wailing Wall in Jerusalem”, I recalled Lorenzo Monaco’s “Adoration of the Magi” panel from the 1370s, which is just as bright of a religious painting. 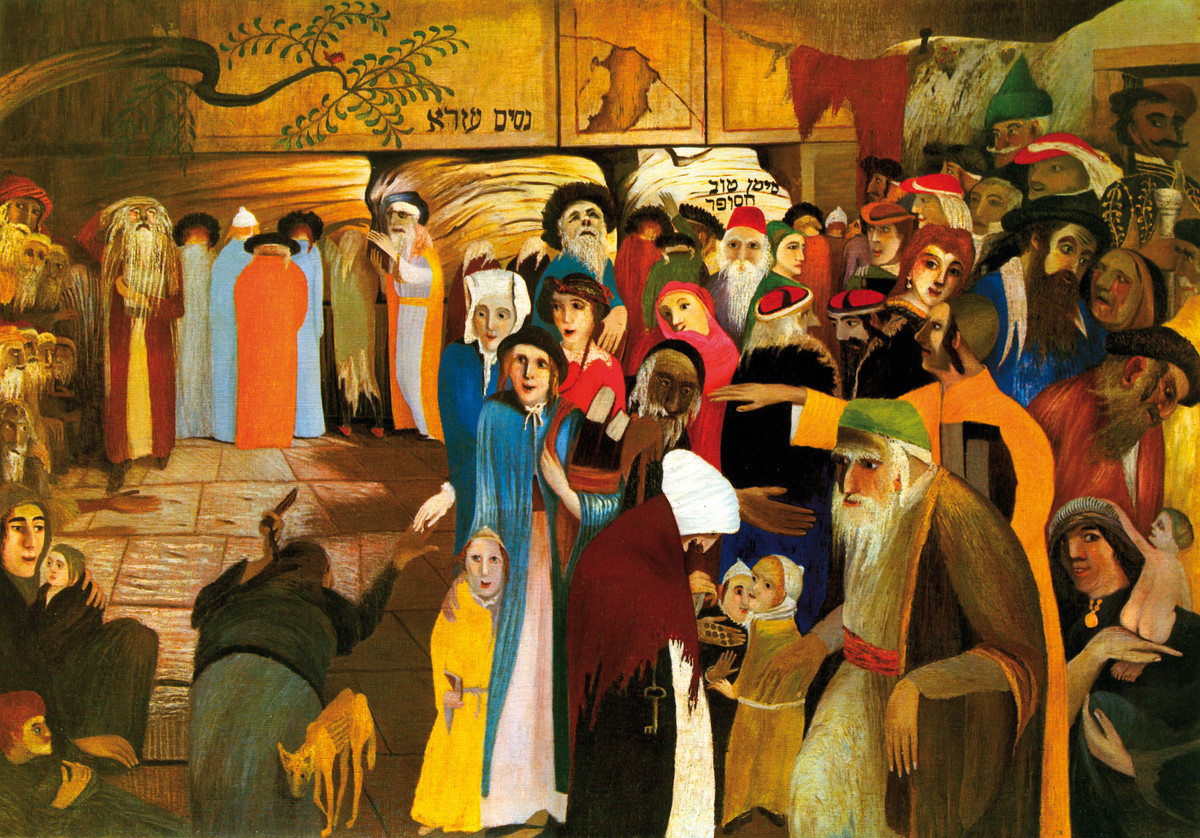 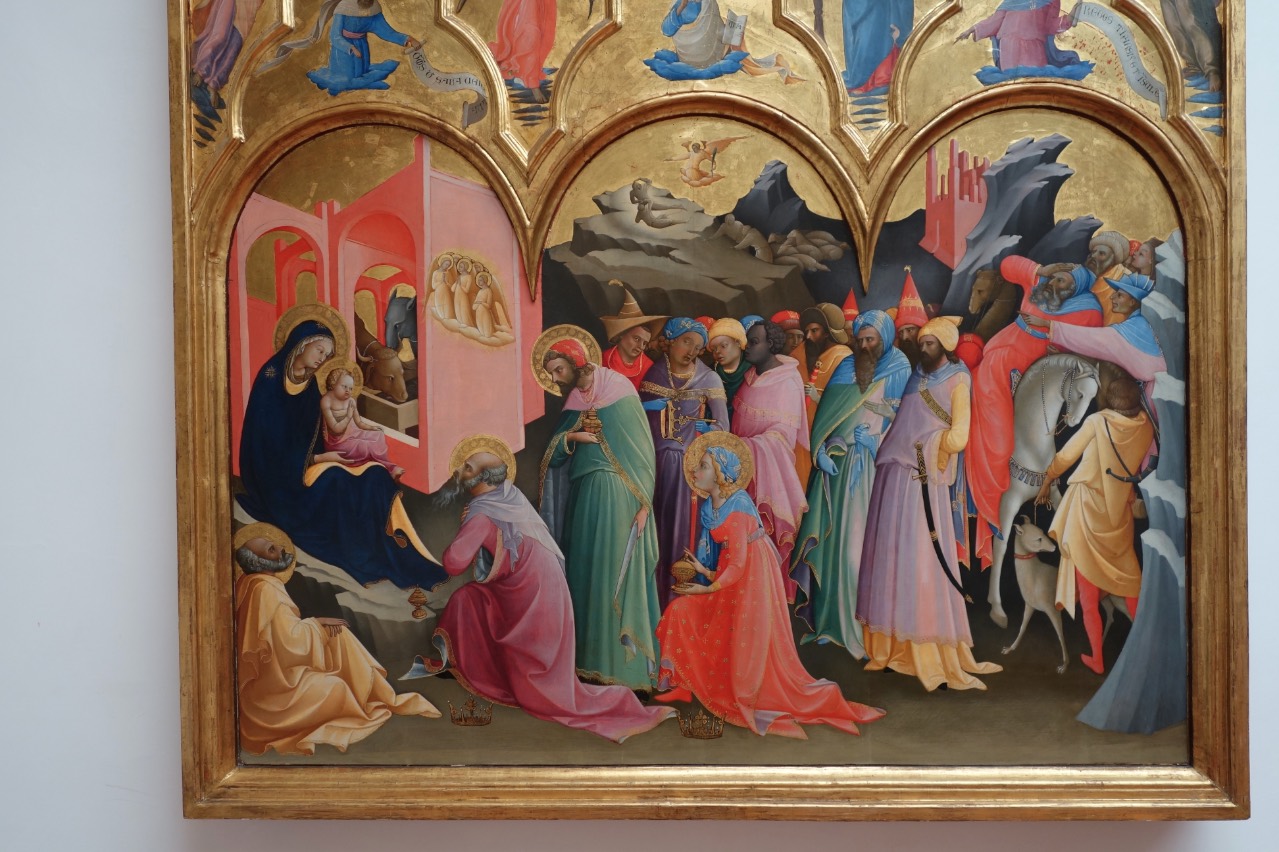 Of course, my knowledge of art history is not so great that that would mean anything, but the point is that even after having visited the Uffizi, the Prado and the Louvre, Csontváry’s paintings still stand their ground. With his blend of styles, Csontváry was able to reinterpret landscape painting, which had become quite boring by that time, or with his dash of colors, he was able to breathe new life into worn historical events. Take, for example, Zrínyi’s Charge on the Cote d’Azure: 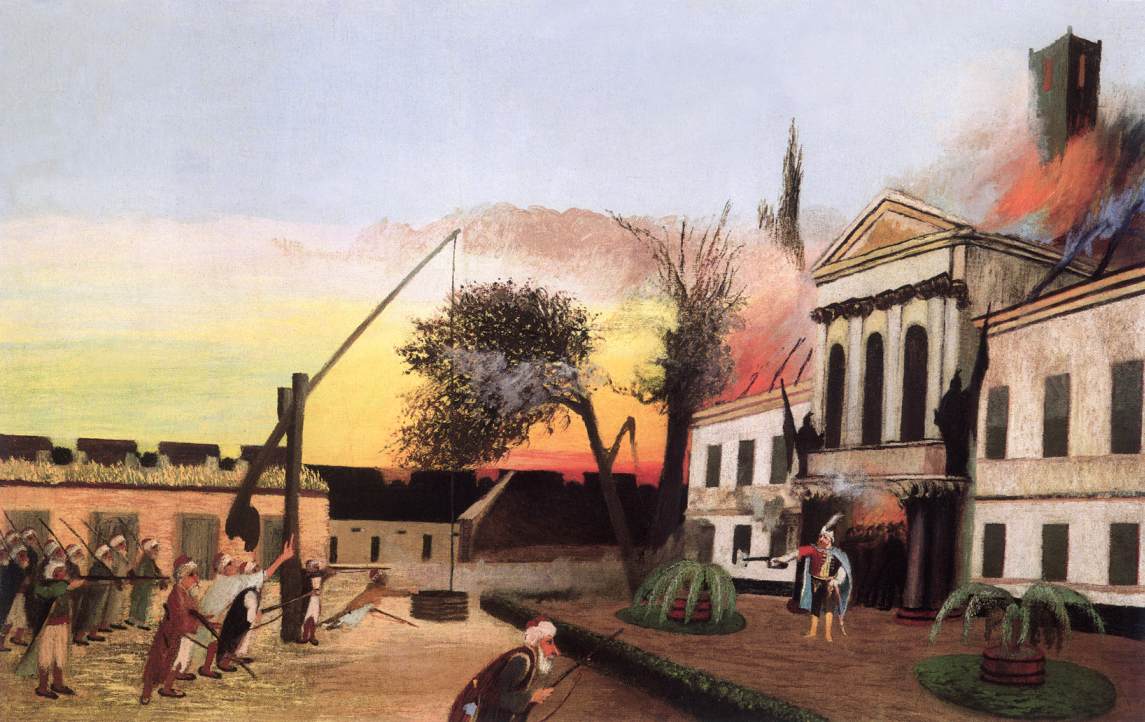 The air shimmers above Dísz Square as the asphalt melts, the honor guard in front of the Sándor Palace is drenched in sweat. If it’s hot and you’re looking for something to do indoors where it’s cooler, I can’t think of a better exhibition to see this summer.