Those who have walked along Király Street in recent weeks have probably come across this: 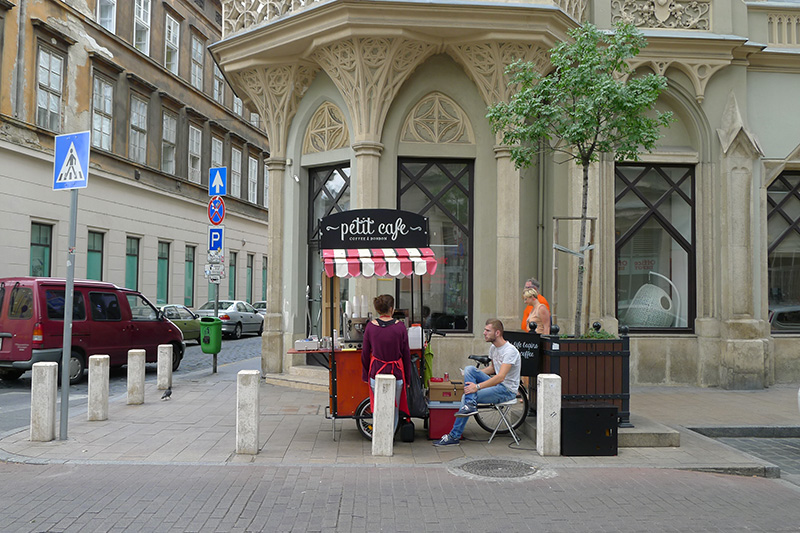 Or, from a closer angle: 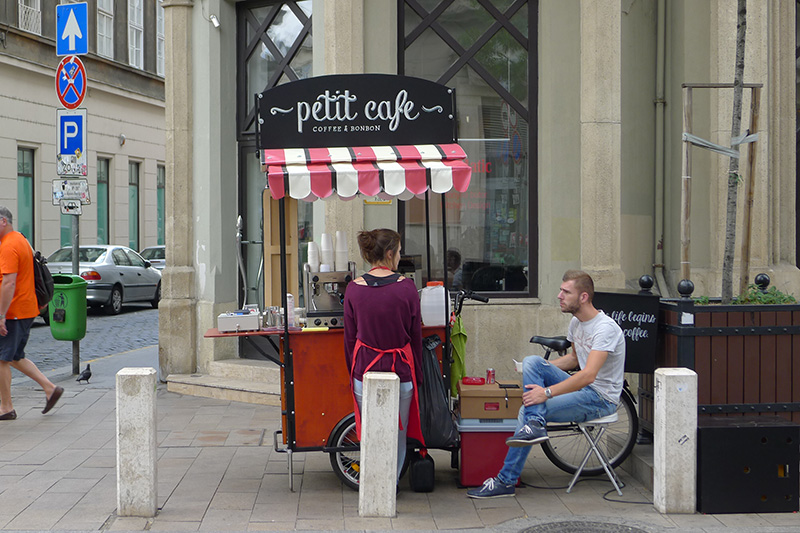 Yes, we’re talking about a café and bicycle in one, or rather, a mobile coffee shop. They ride over here at 9 in the morning and sit around until 5 in the afternoon, when they ride home with all their equipment, generator and all.

Yup, they also have a generator, since for the time being they haven’t managed to get electricity from the neighboring stairwell. It’s a long story that one of the owners Gábriel doesn’t wish to discuss, so let’s just call it bureaucracy. But, we should mention there were no problems in acquiring permits from District VII. The café rents the area from the local government, which in Hungarian terms was quick to grant approval: it only took two and a half months to issue the necessary permits.

Because grabbing a coffee from a bicycle and slurping it as you walk, now that’s cool. It’s the kind of thing you can only do in District VII, on Király Street’s left side, since the other side of the street is District VI, which isn’t as forthcoming with operating permits.

But can’t we all agree it’s a nice addition to the street? 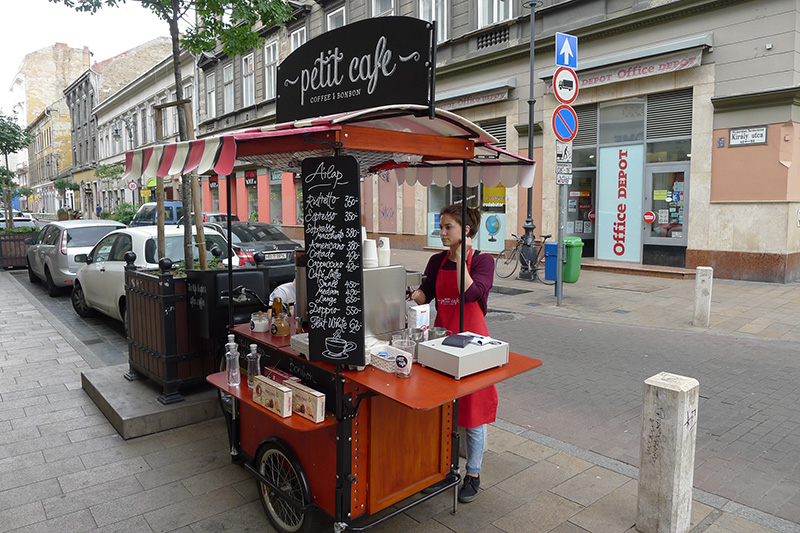 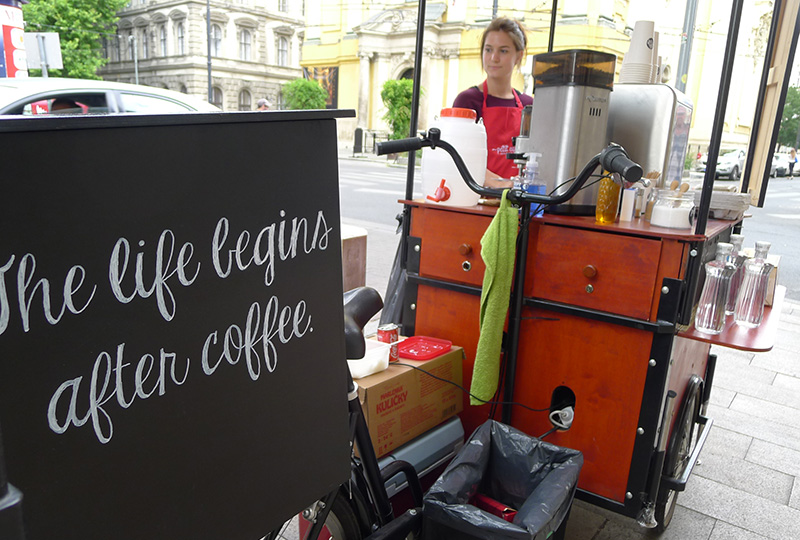 The café au lait is a bit watered down, the treat you can get on the side is a store-bought Marlenka, but we’re not expecting the height of culinary achievements out of a place as cute as this. I waited five minutes for a coffee, because the generator refused to start, but that was not a problem, as it gave us time for a quick chit chat.