It’s relatively rare these days for me to find some kind of food in Budapest where I’m smiling as I stuff it into my mouth because it’s so new and good. In the glory days of the blog at the start of the gastro revolution, there was always something new and exciting to report on daily, but these days we’ll only write a post from every fifth or sixth visit to a restaurant, since the new field has so many average and unremarkable places. It’s quite possible that these places would have been sensational in the early 2000s, but, since then, the bar has risen so high in Budapest that if you want to succeed, you really need to do it well. 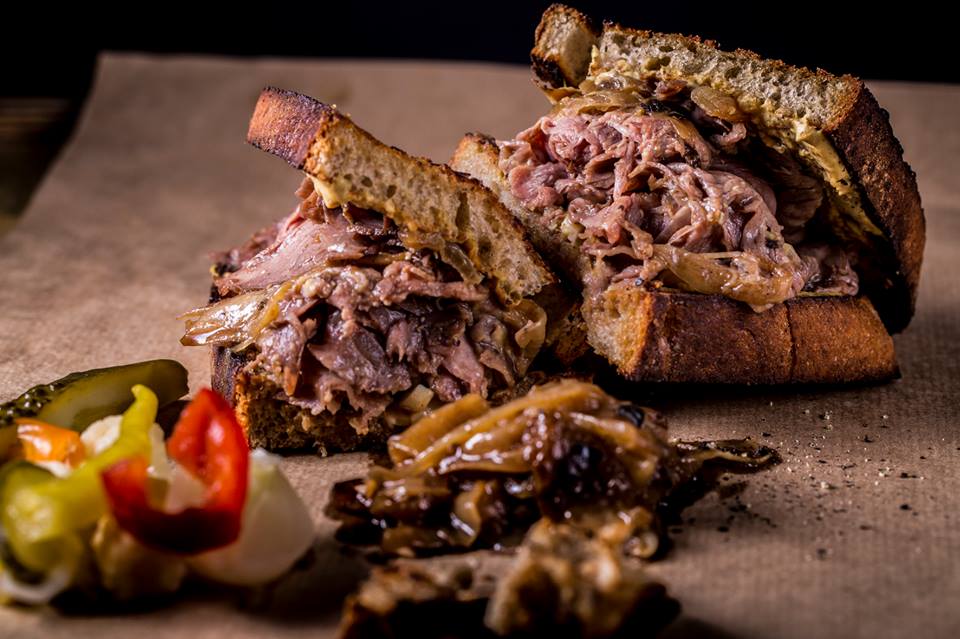 So, last week, I paid a visit to Bestia by the Basilica, which has a beer theme such that even the pissoirs are made from reused kegs, and where you can sample 30 varieties of specialty beer (which I skipped, since I don’t know much about beer and it’s wasted on me). So I hung out in the restaurant, ate the lamb-based bestrami sandwich, all the while with a massive grin on my face. 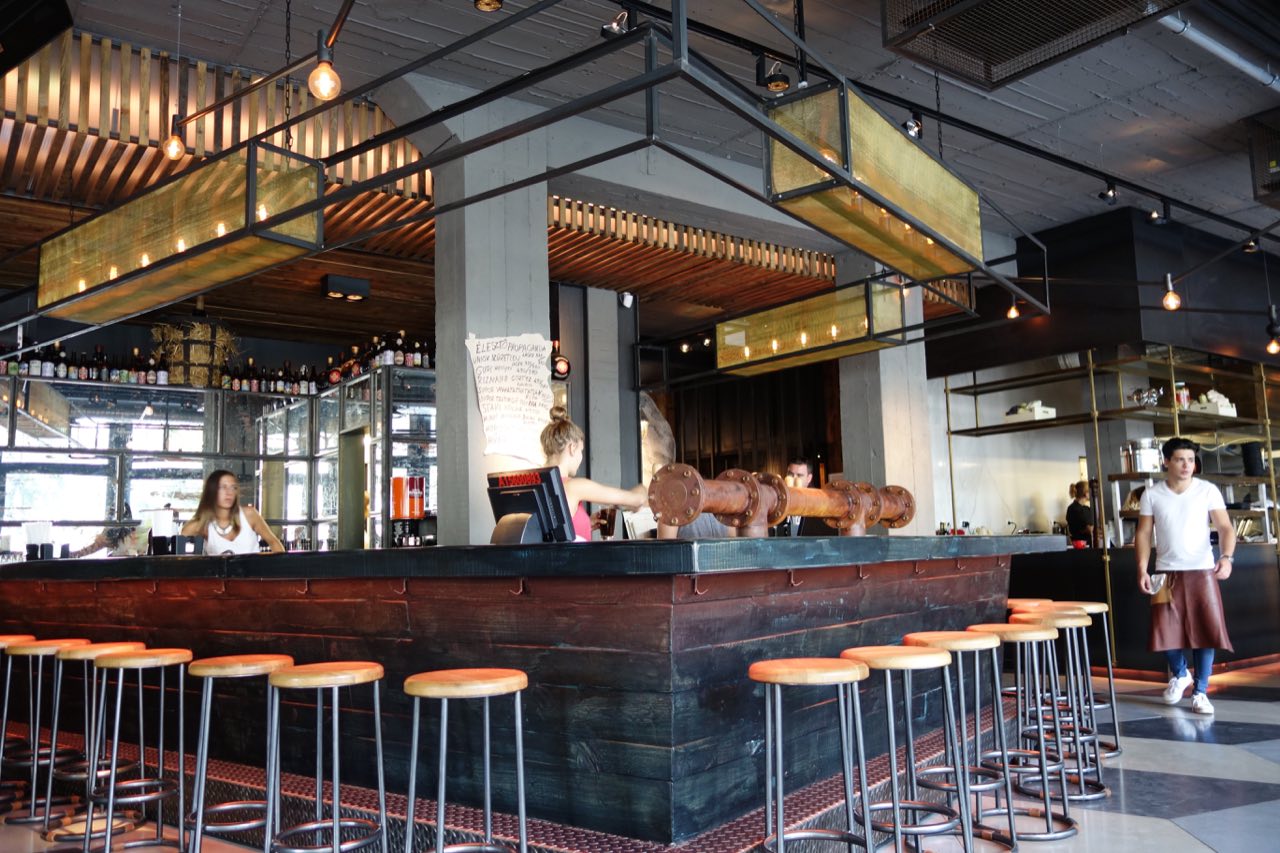 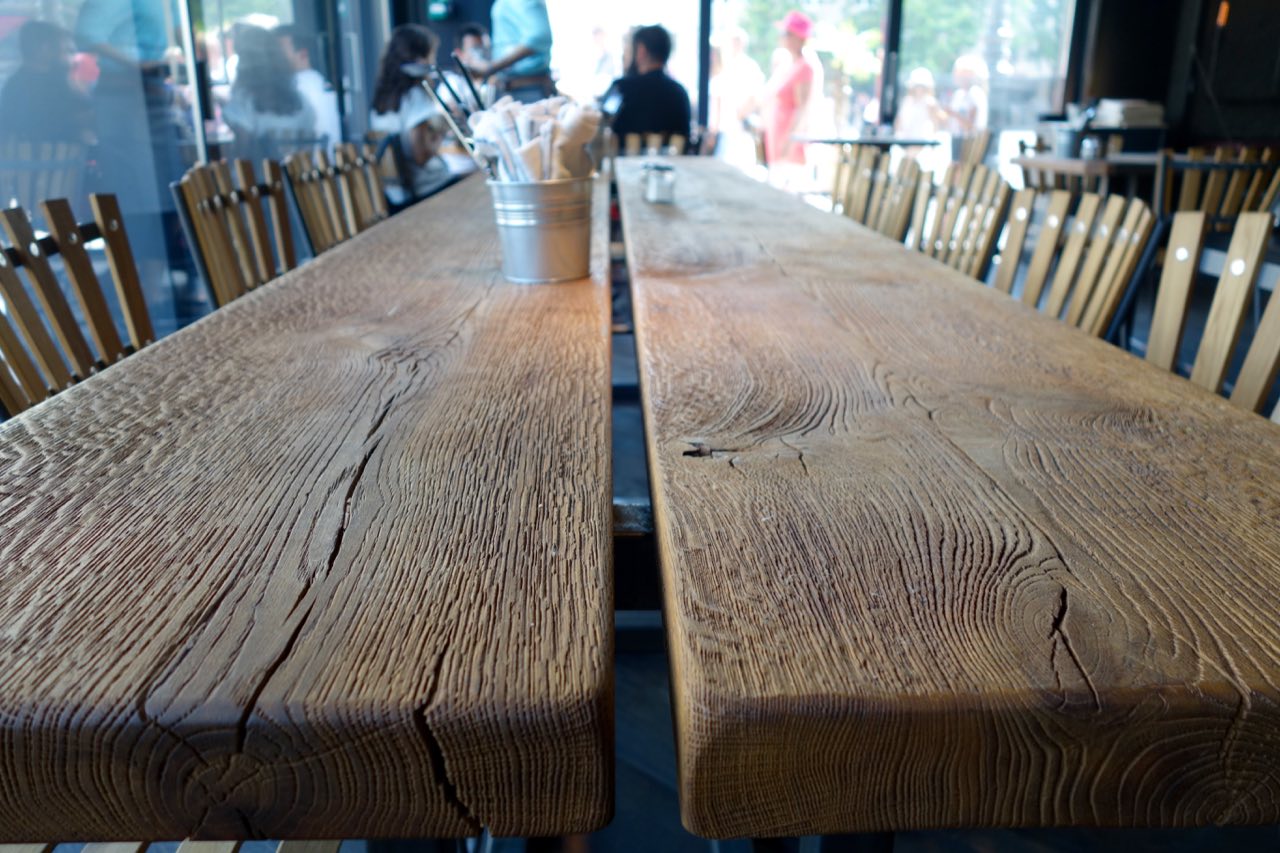 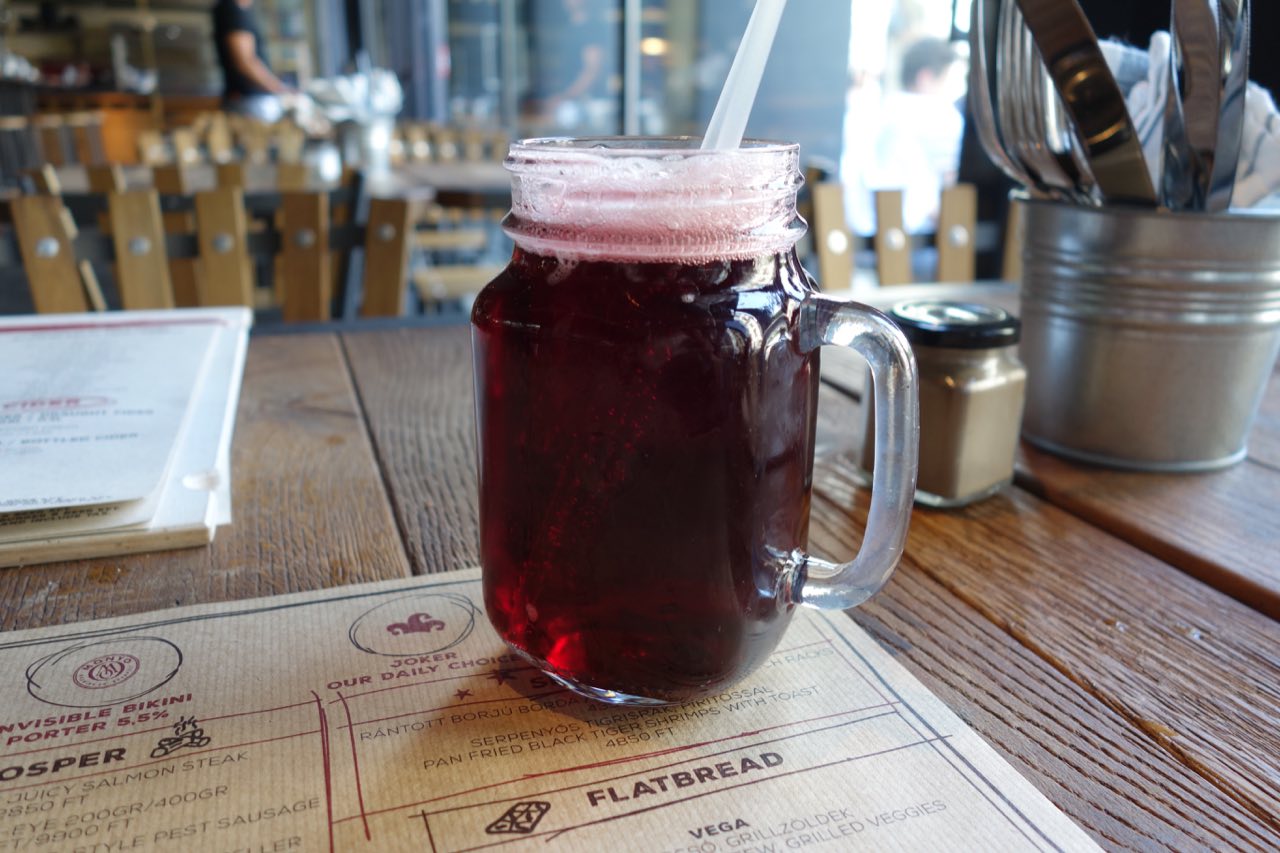 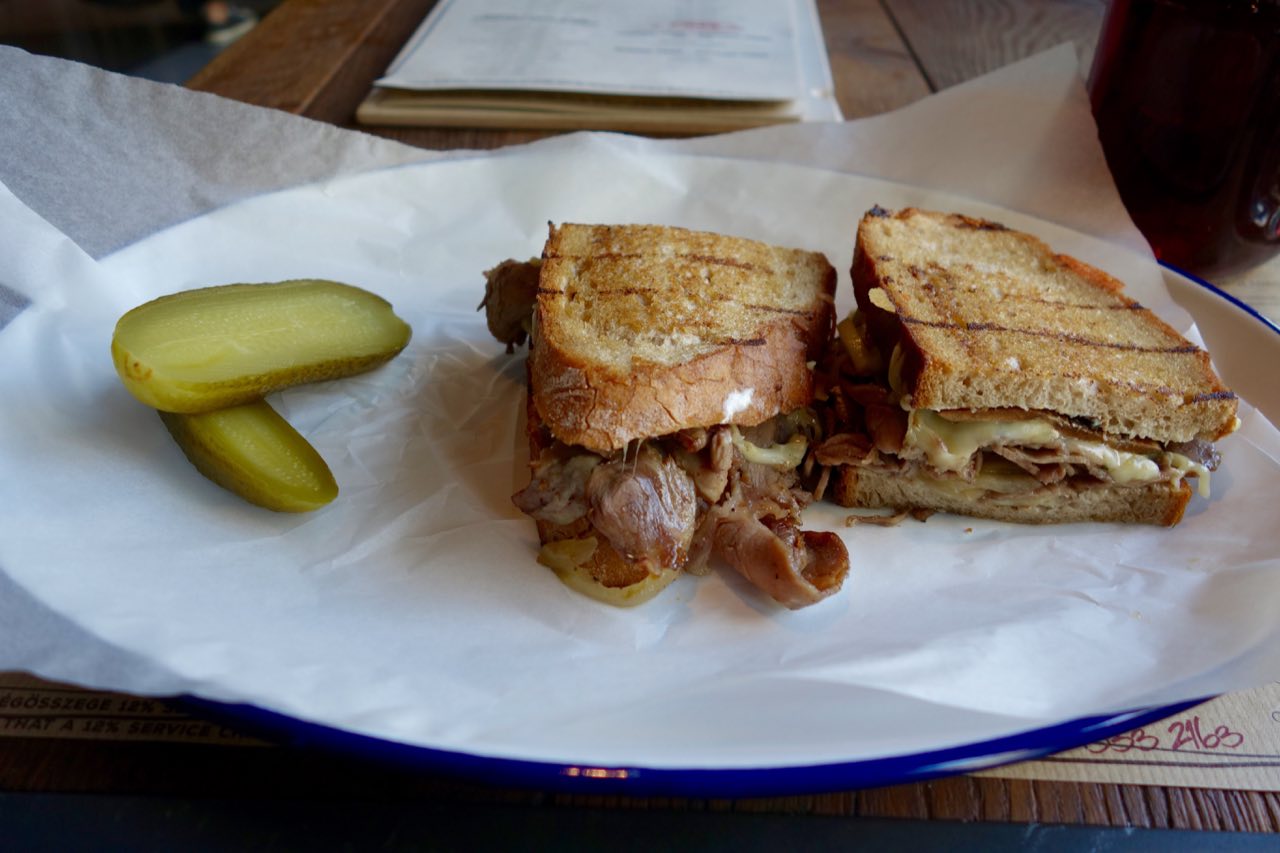 This sandwich is not simply good. It’s good in such a different way from the others that I was at once satisfied and surprised.

And all of it perfectly prepared. The bread was sensational, toasted just right and spread with delicious fat. The cheese had character and was elastic like wood adhesive, while the grilled eggplant was such a wonderful addition to the greasy, crispy soft lamb that I kept casting my mind back to it days later. 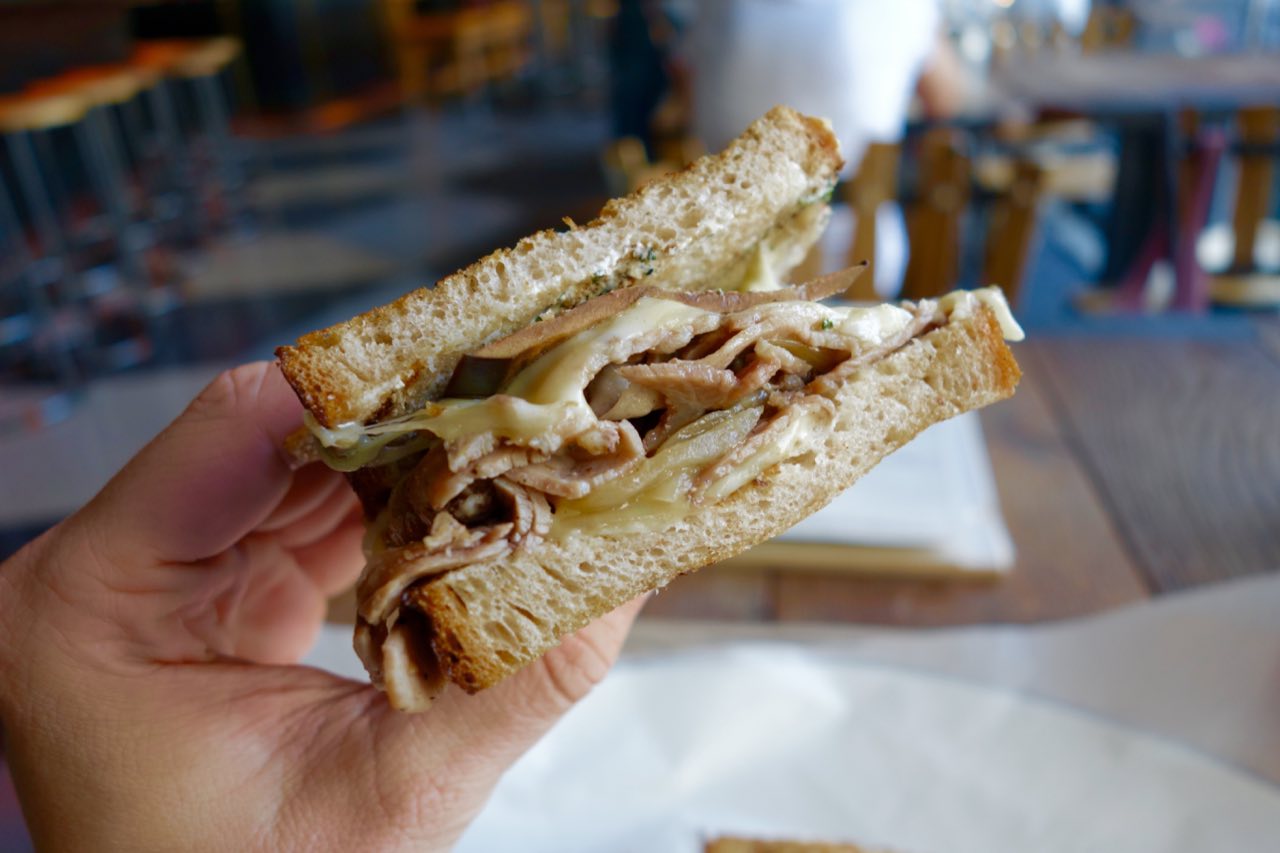 I didn’t try any of the other mains, but the Bestrami sandwich is right up there with the best in the city, which at least suggests that their other options are quite good as well. I tried a cheesecake too, which, while not memorable, was nonetheless still tasty. Quite a few restaurants in Budapest cooperate with confectionaries, but although this isn’t one of the best I’ve tried, it’s still good enough to leave you happy. 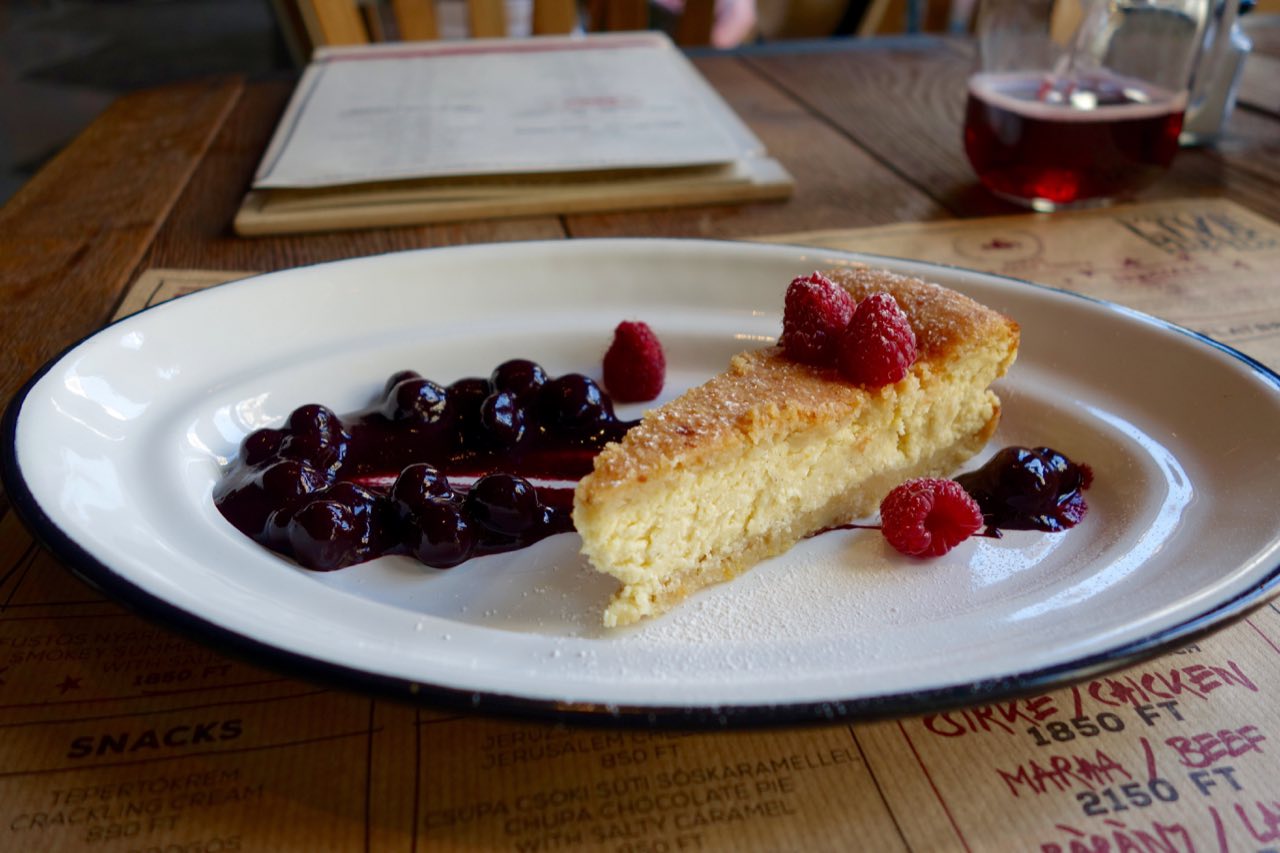 As for the prices: they are acceptable. It’s not a cheap location, but it’s tolerable, since pastrami in Budapest can run up to 2900 forints in the neighborhood, and it costs less here. I was quite content, had a soft drink and left behind 4,500 forints, including the 12% service fee, which, given the location, is entirely reasonable.